The proposal from HKEX would cut the waiting time between the pricing of an IPO and the trading debut of the shares. Photo: Reuters

Hong Kong Exchanges and Clearing (HKEX) is proposing a revamp that would drastically speed up the process of initial public offerings, helping the city maintain its edge as a hub for stock market listings.

The modernisation would involve replacing time-consuming paper subscriptions with an electronic system that would cut the so-called IPO settlement process by 80 per cent and bring the city’s stock market in line with its counterparts in the US and Europe.

The proposal would digitalise the IPO process with a new platform called Fast Interface for New Issuance (FINI), according to a statement released by HKEX, the bourse operator, on Monday. If it gets the go-ahead as scheduled in the second quarter of 2022, it will allow companies, regulators, bankers and brokers to interact when handling the entire settlement process.

It would shorten the settlement process – the gap between the pricing of an IPO and its trading date – from five business days to just one day.

“The new proposal will enhance market efficiency and reduce market risks,” said Tom Chan Pak-lam, chairman of the Institute of Securities Dealers, an industry body for local stockbrokers.
HKEX is collecting views on the idea until January 15, it said in the statement.
It is the latest effort by the
HKEX

to boost its IPO credentials, after it

earlier this month. The bourse, which has been the largest IPO market worldwide seven times in the past 11 years, introduced sweeping

in 2018, which have attracted more tech giants with multiple classes of voting rights, as well as pre-profit biotech firms.

However, the logistics of the IPO process has not changed in more than two decades. 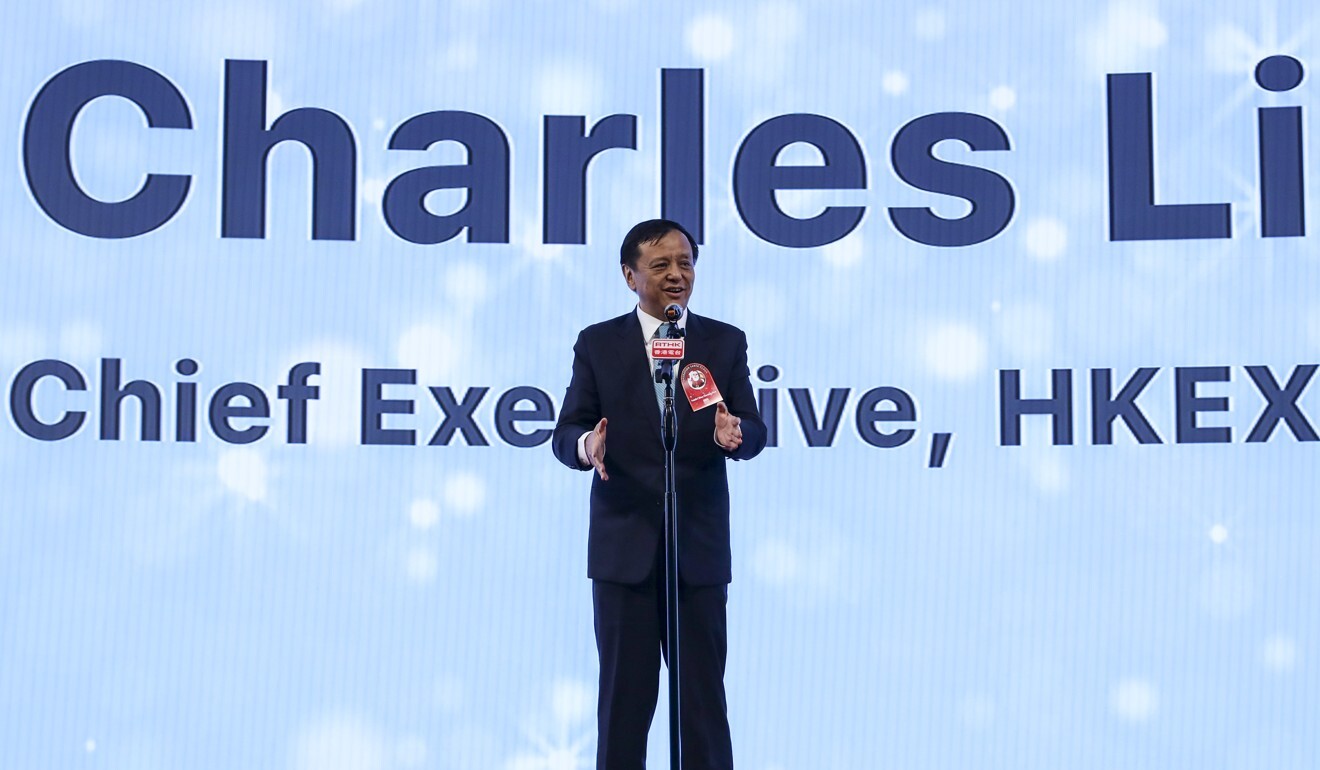 “For the last decade, Hong Kong has been the IPO capital of the world. It is vitally important that we continue to protect our global leadership position in the next decade and beyond by innovating and advancing our market infrastructure,” said Charles Li Xiaojia, the outgoing chief executive of HKEX, who will step down next month.

“FINI will secure our continued attractiveness and competitiveness as the global listing market of choice and we look forward to working with the Hong Kong IPO community on this exciting initiative,” he said in Monday’s statement.

An increasing number of US-listed technology firms are likely to follow in the footsteps of Alibaba Group Holding to launch a secondary listing in Hong Kong, making it even more important for HKEX to shorten the IPO settlement period, Li said during a teleconference on Monday. Alibaba owns the Post.

“After this reform goes ahead, Hong Kong will leapfrog all other exchanges globally to have the shortest IPO settlement cycle,” Li said. While he did not disclose how much users will need to pay for using this platform, he said, “people can expect not to spend too much money”.

The advantage of the new platform is that retail investors can pay after the allotment, instead of having to pay in full in advance for the shares they want. Their brokers would only need to pay a 10 percent deposit at the time of subscription under the proposal.

At present, many retail investors who subscribe to Hong Kong listings prefer to apply by post with an accompanying cheque, even though online services are available. The process is labour intensive, requiring staff to handle physical forms, cheques, oversee refunds and distribute share certificates.

The manual processing of retail investors’ subscriptions is one reason a typical flotation takes five days to settle in Hong Kong, a system known as “T+5”, as shares in the city can only start trading five days after the subscription period ends.

The proposed reform would allow Hong Kong to catch up with many markets in Britain, the US, and continental Europe that enable trading within one day of the close of subscription, a process known as “T+1”.

The proposed FINI would handle everything from regulators’ approval and investors’ subscriptions to pricing and share allotment – all the steps preceding a newly listed company being ready to “strike the gong” to mark its trading debut on the exchange.

“The new move is welcomed by listed companies as it will help speed up the IPO process,” said Mike Wong Ming-wai, chief executive of the Chamber of Hong Kong Listed Companies.

However, Chan of the Institute of Securities Dealers sounded a word of warning.

“It may hurt many of the stockbrokers as it will cut down the interest income from IPO loans after shortening the settlement time,” he said.